Home » How to Download and Install Periscope for PC?

Periscope is an Android and iOS app that lets you broadcast live videos.

Although Periscope doesn’t have a dedicated desktop-based version, it is still possible to use this app on desktop/laptop computers.

This guide covers all the aspects of downloading and installing Periscope for PC users.

Periscope is an app that lets you stream and view live videos directly on your smartphone. Its claim to fame came in 2015, when Twitter acquired the app even before it was publicly launched.

The interactive nature of the app encourages viewers to participate in videos by sharing their comments. The ability to interact in real time is one feature that has made Periscope stand apart from other video streaming apps.

In a nutshell, Periscope enables you to become your own on-the-go broadcast channel.

Periscope was only officially developed for Android and iOS devices, but there are many who would like to use this amazing live streaming app with either Windows or Mac computers as well. 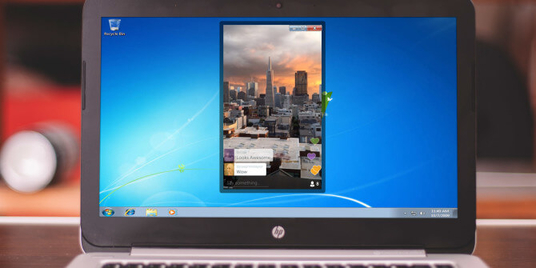 In this tutorial, we will explain the step-by-step procedure of installing Periscope for PC on a Windows 10 computer with the help of the BlueStacks emulator. You can follow the same procedure to get Periscope installed on other versions of Windows, as well as Mac OS X.

The only prerequisite to perform this activity is to have the Microsoft .NET framework installed on your system, as BlueStacks needs the .NET runtime environment to work properly.

So if your computer doesn’t have the .NET framework installed, go to the official Microsoft download site and download the latest version before going ahead with the following steps.

Now you are all set to begin the installation procedure. Let’s find out the steps involved to download and install Periscope on computer.

You can use any Android emulator for this exercise, but we prefer BlueStacks due to its easy-to-use interface and wide popularity among users.

You can easily download BlueStacks from the official developer site. Just click on the download button located on top of the page to get the installation file on your hard drive.

The next step is to run the BlueStacks installation wizard. Follow the on-screen instructions carefully to install BlueStacks on your Windows PC. Reboot your system after installation for the changes to take effect. 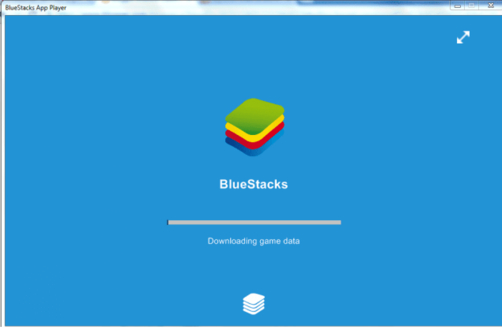 Click to open the BlueStacks app on your PC and you will come across the login prompt. An active Google account is required for signing in. Provide your Google username and password to log in to the dashboard.

Once you have logged in, locate the All Apps icon on the dashboard and then navigate to Browser. In the browser address bar, enter “http://play.google.com.”

This will open up a new dialogue box with two options: Browser and Play Store. Select the latter to go to the Google Play Store interface.

Step 4: Search for Periscope and Install it

Enter “Periscope” in the Play Store search bar. Select the Periscope app and click on the Install button. The Play Store will now download the app and then install it on your computer automatically. 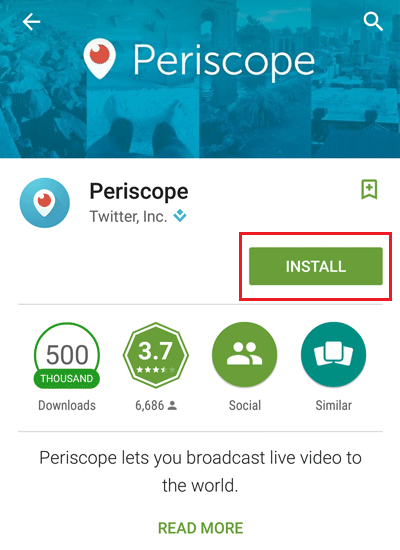 Here’s an alternative method to download and install Periscope for PC using the APK file, if you are facing issues with the first method.

That’s all you need to do to install Periscope for PC on your Windows computer. Now you are all set to start broadcasting your videos live for your followers.

What are the reasons behind Periscope’s immense popularity? Why are so many users exploring the world of live video broadcast through Periscope?

Apart from watching live streams, Periscope allows users to interact in real time with other viewers. You can “heart” streams and let your thoughts be known in the form of comments.

This feature allows you to filter videos based on geographic location.

If you are looking to stream your video only to specific individuals, this feature can come handy. The private broadcast feature allows you to share your videos only with selected viewers.

Missed out on an interesting live video? Don’t worry. You can still catch the highlights through the replay option.

Once you are done with the live event, Periscope allows you to keep the record by downloading the video stream.

After reading this guide, you should no longer find it difficult to use Periscope on your computer.

If you are still encountering issues with installing Periscope on your computer, feel free to let us know in the comments section. We will be glad to help you out!